In Conway’s Game of Life, cells are alive or dead. Depending on how many live neighbors surround a cell, the cell comes to life, dies, or retains its state. Even simple initial conditions can evolve into complex and chaotic patterns.

SafeLife turns the Game of Life into an actual game. An autonomous agent moves freely through the world, which is a large finite grid. In the eight cells surrounding the agent, no cells spawn or die – the agent can disturb dynamic patterns by merely approaching them. There are many colors and kinds of cells, many of which have unique effects. 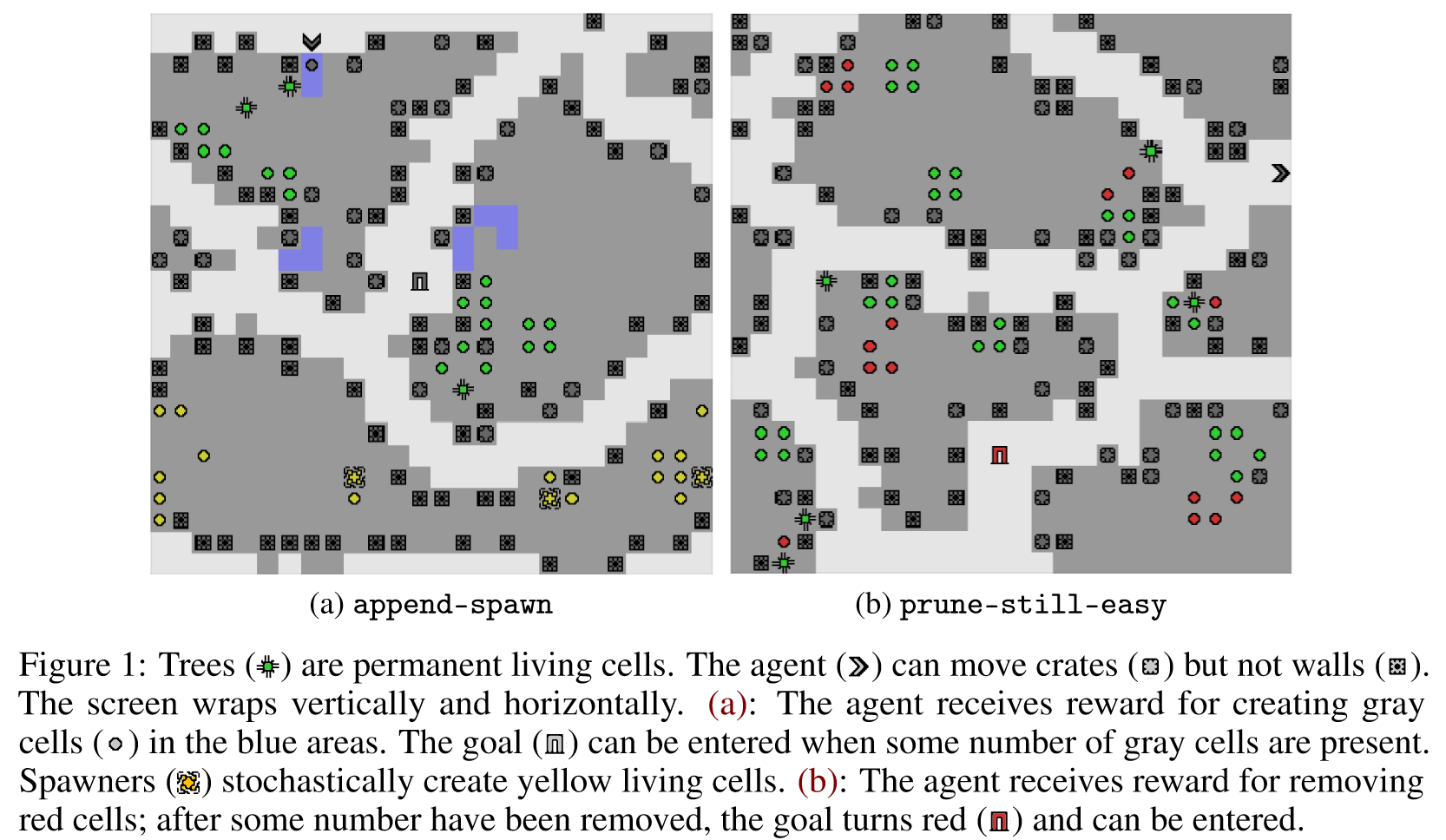 As the environment only rewards pruning red cells or creating gray cells in blue tiles, unpenalized RL agents often make a mess of the green cells. The agent should “leave a small footprint” by not disturbing unrelated parts of the state, such as the green cells. Roughly, SafeLife measures side effects as the degree to which the agent disturbs green cells.

For each of the four following tasks, we randomly generate four curricula of 8 levels each. For two runs from each task, we randomly sample a trajectory from the baseline and AUP policy networks. We show side-by-side results below; for quantitative results, see our paper.

The agent is rewarded for destroying red cells. After enough cells are destroyed, the agent may exit the level.

The agent is rewarded for creating gray cells on light blue tiles. After enough gray cells are present on blue tiles, the agent may exit the level.

AUP’s first trajectory temporarily stalls, before finishing the episode after the video’s 14-second cutoff. AUP’s second trajectory does much better.

append-still-easy, but with more green cells.

append-still-easy, but with noise generated by stochastic yellow spawners.